Noted within the Ticketing Business News (https://www.theticketingbusiness.com/2020/08/05/farewell-top-40-will-fill-arenas-next), which artists and events post-COVID will fill the global arena network?

Farewell to the Top 40: Who will fill our arenas next?

An eventual return to large-scale international live touring in 2021/22 is obviously subject to access to an effective vaccine(s).

Alongside which is the availability of reasonably-priced event and public liability insurance, the re-contracting of touring logistics (event production, equipment and crew – all typically freelance or self-employed and some of whom may not have fiscally survived the COVID-19 interregnum), enhanced Health & Safety protocols with increased requirements for audience identification and monitoring leading to potentially reduced event capacities, and the new show deals potentially exposing artists to greater levels of risk with low-or-no guarantees, will all combine to usher in a new era of live entertainment.

For the live touring sector there has long been some concern regarding the aging group of heritage acts and stadium rockstars – Aerosmith, Billy Joel, Bruce Springsteen, Elton John, Roger Waters, Rolling Stones, The Who etc. as ‘Saint Death’ inevitably takes hostages.

For concert promoters and festival organisers which of the younger generation would combine that mass market appeal, back catalogue and the desire to tour with the necessary theatrical flair for album-based multi-hour spectaculars?

Whilst they are generally younger than the artists who first came to popular acclaim in the sixties and seventies, are Coldplay, The Killers, Madonna, Metallica, Pink!, Red Hot Chili Peppers, TakeThat or U2 going to commit to the next twenty-to-thirty years with the rigours of touring, and also have a global audience?

This does not mean that the increasingly niche rock market goes away, it just exists alongside Classical, Jazz, Opera and other ossified musical art forms – supported by historical government funding, advertorial media and the slow-moving record business.

Essentially the global live sector is evolving from white rock’n’roll, to a more contemporary and diverse RnB sound with artists that have also attracted new and different audiences – younger, more culturally diverse, socially engaged via smart phones, and experientially-orientated (as the cost of ownership is typically beyond them with housing, transportation & workspaces via subscription – AirBnb, Lime Scooters, Lyft, Uber, WeWork etc.).

The new live music audiences are young, urban and internationalist. They are working longer hours with relatively lower disposable personal income. The digitalisation of content means they experience music via their phones, on the move, or in bars and clubs – the traditional distribution channels of radio, billboard & print has been disrupted.  The new consumers stream music but typically don’t buy the physical product. They applaud individual tunes but don’t need to appreciate longer format releases.

To monetise this audience international tour promoters will target the growing global network of arenas (10k+ capacity) in the world’s top 200 capital cities. Whereas the larger theatres are usually only 3K-5K and are typically orientated towards the performing arts and theatre sector, and so the architecture and facilities tend to reflect those core civic constituencies and associated cultural and service requirement i.e. Founder & Sponsor Hospitality, Orchestra Pits, Acoustic Baffling & signature Architectural design. These lower capacity venues also typically don’t provide sufficient event ticketing ROI to incentivise the touring talent and their international event producers.

Arenas provide a controlled environment where the architecture and operations of the event space have been highly commoditised and producers everywhere know how to create, organise, and execute successfully. Load-In/Out, Stage Width & Access, Hang-Points & Overhead Clearance, Power Supply, Dressing Rooms, Parking and VIP Meet’n’Greet Facilities are all increasingly standardized within climate-controlled, concrete concourses and padded seats enabling the bling-conscious middle-class of Bangalore, Bogota or Bucharest to all experience the latest concert, theatrical or movie experience.

So, post-COVID whilst there will be fewer blockbuster stadium tours by aging artists celebrating their forty-year careers, it is likely that – because of the new economic and hygiene constraints but aided by the growth of arenas – there will be many more touring artists, albeit possibly only enjoying a four-year career reflecting their pop career, hit-tune, TV spectacular background, or other fleeting breakthrough-moment.

Given the uncertainty associated with the duration of current conditions globally, we have implemented a number of initiatives to reduce fixed costs and conserve cash. As part of these cost reduction efforts, we have implemented salary reductions for most of our employees, with salaries for senior executives reduced by up to 50%. Additional cost reduction efforts include hiring freezes, reduction in the use of contractors, rent re-negotiations, furloughs, and reduction or elimination of other discretionary spending, including, among other things, travel and entertainment, repairs and maintenance, and marketing.

We are also making full use of government support programs globally. In most European and Asian markets, including the United Kingdom, Germany, Italy, France, Spain and Australia, there are robust payroll support programs to mitigate a substantial portion of employee costs. Additionally, in the United States, we have filed for payroll support under the Employee Retention Credit program established as part of the 2020 CARES Act and expect to receive additional support in the second half of the year. Finally, the CARES Act also provides for deferred payment of the employer portion of social security taxes through the end of 2020, with 50% of the deferred amount due December 31, 2021 and the remaining 50% due December 31, 2022.

Noted within the Ticketing Business News (https://www.theticketingbusiness.com/2020/07/17/us-secondary-ticketing-sector-loans-77-5m-ppp-remain-afloat/) a number of US ticket resale companies have borrowed $77.5M from the Government Paycheck Protection Program (PPP), as of July 2020. 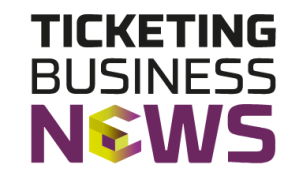 ‘The US secondary ticketing sector is borrowing up to $77.5m via the Paycheck Protection Program (PPP) to remain afloat amid the COVID-19 pandemic, which has brought the live events industry to a complete standstill for four months ……’

Until there are new onsales for new events, at scale, ticket retail companies are living on borrowed time, and for postponed events on consumers cash.